Some of the things that not watching telly has allowed me to do:


BUT
I miss watching the telly.  Sometimes I really do want to sit down with a glass of wine and enjoy Stephen Fry and QI.  Sometimes I want to plan a Jane Austen marathon.  And I want to knit.  I am so used to knitting while I watch the TV, that my knitting has suffered in the short time that I've been TVless.  Although, I did manage to finish off some crazy stripey socks for ma minette - Patonyle fake fairisle overdyed with Koolaid. 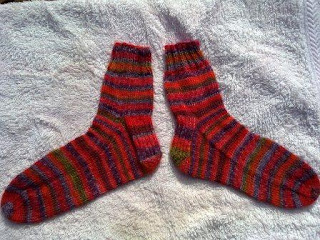 ﻿In an effort to shake off inexplicable emotional doldrums, I took Lily over to Lyons to walk up and around Oakey Hill Reserve. There are many tracks around the reserve, some in the shadow of the powerlines through the area. 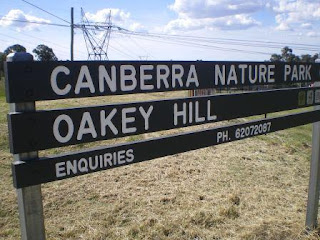 This area was burnt out in the 2003 bushfires and my trusty map tells me that it is being rehabilitated with the original yellow box.  The native grasses are incredibly lush and beautiful. 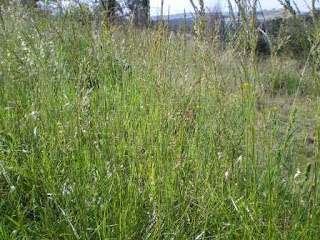 Lily kept a look out for snakes.  Well, I did, actually, and had to deter her from rushing off into the grass at every rustle. 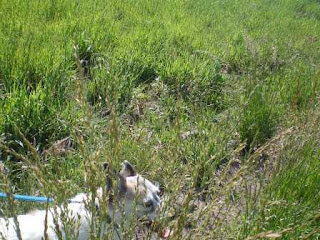 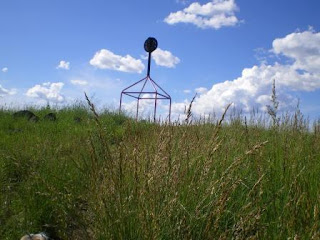 From the trig point at the top there is an amazing all-round view of Canberra and surrounds. 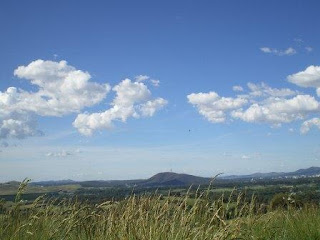 We walked through woodland, grassland and a lovely stand of she-oaks near the reservoir at the top, finishing up hot, thirsty, itchy-eyed and a bit sneezy.  But being outside on such a day sure did lift my mood.
Posted by nettie at 10:35 pm No comments:

Turn off the box

﻿My telly is on the blink.

Sound is good. Picture is bad. Shadows running across the screen give me a headache. No amount of banging on the side will fix it now. I wondered last night, as I tried to watch some rubbish (it was rubbish even without the image problem), what on earth I was doing.

I could get it fixed – it’s only a few years old. Surely it hasn't yet reached its built-in obsolescence date. But I’m going to defer fixing it. I’m trying something else instead.

I’m going to not watch the telly.

Radical? No, of course not. Many families do it, I know. But I’m a bit of a must-have-the-TV-on sort of gal. I only have a few favourite shows (QI, Outnumbered, Modern Family, ABC News), but I tend to sit around waiting for something I want to watch to come on. I call it knitting time.

But I’m going to give it a go, for a few weeks at least. No telly. And I won't be at a loose end at all.  I have a gazillion things I should be doing instead of watching telly anyway.  I’ll let you know how I go.

What about you? Do you watch the telly? Lots? Sometimes? Hardly ever?
Posted by nettie at 9:00 am 4 comments: 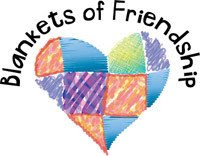